Department of Sociology and Social Work 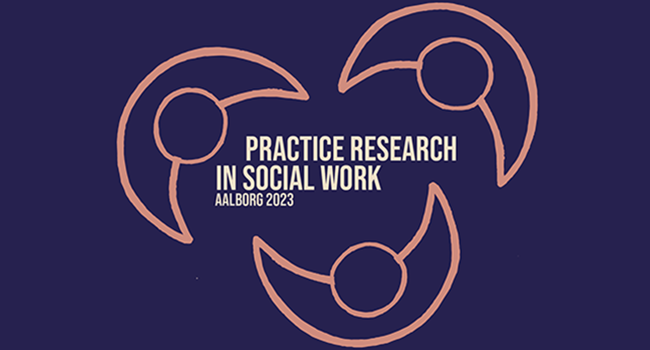 Aalborg is a multi-faceted city - full of contrasts. A city with a lust for life and all of its pleasures. It’s also grand on a manageable scale. All the major city attractions are concentrated within easy distance. From fast-paced fun to peaceful oases. From a foaming draft beer to sublime gastronomy. From the Viking era to the Middle Ages, to modern art.

The city’s recently restored waterfront has much to offer for the outdoor and curious visitor. With its many open-air sports and recreations areas, the waterfront invites both active guests and those with lust for life. Near the waterfront you will find both the new Nordkraft and the architectural astonishing Utzon Center.

Until recently, Nordkraft supplied the people of Aalborg with electricity. But now the old, coal-fired power station in the centre of Aalborg generates a completely different kind of power – Culture Power. Nordkraft, the new eagerly awaited cultural powerhouse of Aalborg, opened its doors in 2009. Nordkraft brings together culture, sports, and recreation, combining sports facilities, a cinema, theatres, and restaurants under one roof – all in a fusion of contemporary architecture and authentic industrial styles that create a very special atmosphere. With its unique, raw and industrial yet still stimulating look, Nordkraft truly reviels the identity of Aalborg.

Right next to Nordkraft is the Utzon Center, both situated at Aalborg waterfront. The Utzon Center was the last work of the architect Jørn utzon who also designed the well-known Opera House in Sydney. He described it as "a place where good thoughts could come together and… a centre of excellence for architecture and humanity in the future."

Aalborg has no less than 1,700 hotel rooms in the city centre, all of them within easy walking distance. Hotels are available in all styles: Crisp minimalism, a refined gentleman’s club at¬mosphere, or classic Scandinavian modernism. Aalborg has it all. The hotels have ratings up to four stars; no matter what category you choose, Aal¬borg offers exceptional value for money.

It is with great pleasure that we welcome you to the city of Aalborg! Please feel at home when you arrive!

Hjelmerstald (Hjelmer Stable) is one of very few preserved neighbourhoods in Aalborg. The surrounding streets are equally charming, and the place oozes “hygge”. Photo: © VisitAalborg

At the tip of the European continent, a colony of artists flourished at the end of the 1800s because of the unique quality of the light found in this little fishing village. The town gained an international reputation, and a very special place in the history of art. Art remains an outstanding part of life in Skagen. The same can be said of the golden Skagen houses, gourmet restaurants and hotels, not to mention the rugged scenery, including ‘Grenen’, the point where Skagerak and the Kattegat meet. Truly unique.

The dune of Råbjerg Mile is the largest migrating dune in Denmark. You can’t avoid sand in your shoes after a trip in the “mile”, but in return you will be greeted by a sight you will not find anywhere else in Denmark’s beautiful nature.

The migrating dune, Råbjerg Mile, is about 1km wide and 1km long, it is made of roughly 3,5 million m3 sand, and is 40 meters high. Each year the dune moves around 15 meters towards the Northeast, closer to Grenen, the top of Denmark. Attempts of afforestation did not stop the migrating dune, which is expected to cover the main road to Skagen in a century or two. Once the dune reaches an area with trees or other plantations, it takes approximately 40 years for the tree to re-emerge on the other side of the dune. The same goes for the "small lakes", indentations caused by the varying groundwater level. These lakes are in the beginning poor on nutrition and vegetations but after some time the plants are coming back.

In the dunes west of Skagen stands the tower of the old Sct. Laurentius Church, today known as ‘The Sanded Church’. For four hundred years it gathered the congregation, until drifting sand started to block the road and cemetery, and in 1795 the congregation were forced to cease worship, and the church was closed.

Sct. Laurentius was a magnificent church with impressive furnishings, of which now only the altar's two heavy candlesticks remain. They stand on the altar of the 'new' church, Skagen church. Beneath the surface there is still remnants of the church's foundation and floor, as well as a baptismal font that was not - like the rest of the furniture - removed and sold.

In the harsh nature of the edge of the North Sea lies Lønstrup - a small fishing village that has maintained its authentic charm and identity.

In Lønstrup, arts and crafts thrive, as many artistic souls have settled in the city due to its unique light and the surrounding wild nature, both of which are a perpetual source of inspiration and creativity.

Go for a stroll in the lively city where you can experience the creation of art in the artists' workshops and experience the harsh nature on the edge of the North Sea.

At Lønstrup Klint, which spreads from Lønstrup in the north to Løkken in the south, there used to be a church, Mårup Church, which was a small iconic medieval church from the 13th century. Over the past 300 years, however, the North Sea has eaten so much of the cliff that the church was in danger of crashing into the sea, and so it was decided that it should be taken down and re-construction further away from the coast. However, it never happened.

Much more about North Jutland